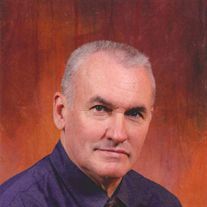 Ronnie was born on August 20, 1953 to J. F. and Theda (Helms) Fleming in Drew, MS. He graduated from North Sunflower Academy in 1972 and attended Mississippi Delta Community College. He married Debbie Palmer Fleming on May 19, 1978 in Drew, MS. Ronnie retired as a lieutenant officer from the Mississippi State Department of Corrections in Parchman after 25 years of service. After his retirement he has been the pastor of First Bible Church in Drew for the past 18 years,as was a former headmaster at Heritage Christian Academy were he played a major roll in influencing many young lives. Ronnie was an astute Bible Scholar; he enjoyed reading the Word daily. He also enjoyed hunting, gardening and mowing yards. His greatest passion was loving his family and his church family.
He was preceded in death by his father J. F. Fleming and daughter Jennifer Fleming.

Memorials may be made to Ronnie's Go Fund Me account or to Planters Bank c/o Julie Moffat or Alicia Chandler.


To order memorial trees or send flowers to the family in memory of Ronnie Fleming, please visit our flower store.