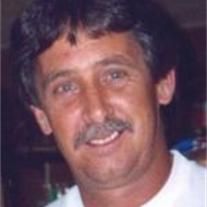 Roy M. McKnight, 57, of Cleveland, died on Sunday, August 22, 2010, at the North Sunflower Medical Center in Ruleville, MS . He was born on January 26, 1953 to Emmitt and Patricia (Thayer) McKnight in Whittier, CA. He graduated from Valencia High School in Placentia, CA where he played football. He later worked as an electrician at North America Rockwell and for Hughes Aircraft. He was an avid sports fan and a supporter of Ole Miss & the Atlanta Braves. Roy moved to the Delta from California in 1990 and worked for M&M Electric until his employment with Ruleville Nursing & Rehabilitation where he had worked for the past 11 years as maintenance supervisor. Roy had a very special relationship with all his co-workers at Ruleville. He also loved his family and his grandchildren very much.Visitation will be held on Tuesday, August 24th from 5-7PM at the Cleveland Funeral Home with a one hour visitation period on Wednesday, August 25th from 10-11:00 A.M. Funeral services will be held on Wednesday, August 25th, at 11:00 A.M. at the Cleveland Funeral Home Chapel. Burial will follow at the Linn Methodist Church Cemetery. The Reverend Ed Hall will officiate the service. Pall-bearers will be Jason Ballard, Doug Farmer, John Ferguson, Kenneth Ferguson, Rocky Ferguson and Larry Milum. Roy is survived by his father, Emmitt McKnight of Shaw, MS; Daughter, Shannon McKnight of CA; Son, Michael (Melissa) McKnight of CA; Daughter, Katherine McKnight of Cleveland, MS; Brother, Joe (Reba) McKnight of Cleveland, MS; Brother, Michael (Becky) McKnight of Branson, MO; 12 grandchildren and a special Friend, Vickie Mathis of Cleveland, MS. Cleveland Funeral Home is in charge of arrangements.

To order memorial trees or send flowers to the family in memory of Roy McKnight, please visit our flower store.