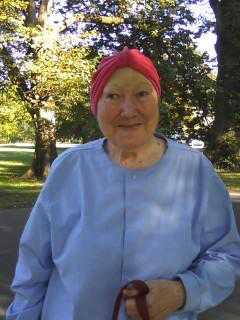 Ruby Nell was born on July 10, 1931 to Tollie and Lucille May in Bentonia, MS. She lived in Bentonia until her early adulthood when she moved to Pickens, MS. It was there that she met and married Bufford Morris Brister. They had 1 child. Ruby Nell later married Clifford Sterling. Clifford Sterling passed away in 1999. Ruby Nell later moved to Rosedale and the Delta Area. She worked for Amco for 18 years as a Die Setter. Ruby Nell also had been a worker on the farm. She attended Changing Life Ministries in Rosedale. She loved to sew, read and work puzzles.

Ruby Nell was preceded in death by her parents--Tollie & Lucille May; her husbands--Bufford Morris Brister and Clifford Sterling and her brothers--George Upton & J T Wynn.

Cleveland Funeral Home is in charge of arrangements. Online guest register may be viewed and signed at www.clevelandfuneralhome.net

To order memorial trees or send flowers to the family in memory of Ruby Nell Sterling, please visit our flower store.