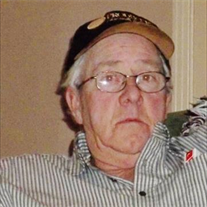 Thomas was born on June 28, 1950 to Perry and Edna (Therrell) Weeks in Mississippi. Thomas grew up in the Cleveland area and attended Bayou Academy and Shaw High School. He married Patsy Gail Huskey on June 08, 1971. Mr. Weeks worked for Davis Farms until his retirement in 2013. He was a strong, hardworking man who loved his wife, children and especially his grandchildren. Mr. Weeks' hobbies included racing and watching football.
He was preceded in death by his parents, Perry and Edna Weeks, a brother Charles Weeks and a sister Shirley Bates.

To order memorial trees or send flowers to the family in memory of Thomas Weeks, please visit our flower store.