Pete was born on Easter Sunday April 08, 1928 in Lumberton, MS to Ursin and Anne (Stuart) Walker. He married the former Margaret Manning in Cleveland in 1950. He graduated from the Mississippi State University where he obtained his B. S. Degree, M. Ed Degree from Mississippi State University and also played football for the MSU Bulldogs. After graduation he played football for the U. S. Army for two years. He returned to Mississippi State later to be the first person to ever earn an Ed. D. degree from the University. While pursuing his Doctoral degree, Pete worked as the first athletic academic counselor for Mississippi State. Pete and his family lived in Cleveland from about 1955. He taught high school classes and coached at Cleveland High School. He then began working at Delta State University where he served as a professor of Education, Director of Counselling and Dean of Students. He was in the Lion's Club for several years and served as both District Governor and President of the Mid-South Sight Foundation. He was a co-founder of the Delta Area Senior Golf Association where he formed many friendships while enjoying the game he so loved. He was named the 2009 Charity Ball King by the Cleveland Junior Auxiliary, and was a member of Habitat for Humanity. Pete was faithful member of First Presbyterian Church of Cleveland, where he served as Sunday School teacher, Deacon and Elder. Pete was preceded in death by his parents, Two sisters; Hazel Riley and May Colladay and two brothers; Victor Walker and Lavelle Walker.

Cleveland Funeral Home is in charge of arrangements. The On-line guest register may be viewed and signed at www.clevelandfuneralhome.net.


To plant memorial trees or send flowers to the family in memory of Ursin Walker, please visit our flower store.

Coach Walker was such a great man! So happy & cheerful when he met anyone in the hallway at CHS. Loved both of you. Tommy Saunders

He always had a kind word for me when he saw me around Delta State. I will miss talking to him and my prayers are with the family.

Mr Pete, such a gentle soul. We will miss you!!!!Mrs Margaret thoughts and prayers are with you. Becky, Earl, Stuart and Jamie love you all..Jackie Strawbridge

Loss of a great teacher, coach and friend . He was an inspiration to me in high school and a friend in my adult life. Beth and I will miss him-but he will be part of our memories forever.

Such a sweet man! Prayers for you Margaret and family's

So sorry to hear of Coach Walker's passing. Thoughts and prayers for the Walker family. My husband and I are graduates of Cleveland High School where he coached previously. My mother and father Rosebud and Leon Givens knew him well as well as my step father, B.Q. Davis and were very fond of him. Such a fine good man.

I have great memories of Coach Walker. I recall traveling to/from Mississippi State with him on weekends in that VW "bug" he drove - usually there were several of us commuting back to school early on Monday mornings for classes. During his time as Athletic Academic Counselor, he also "hired" me to tutor football players in math, which was a very unique experience for me. An especially memorable experience was the football weekend when he loaned me his car to take my visiting girlfriend, Martha Smith, to the movie. Before the movie, I filled his gas tank, which must have been too much for that old tank. It sprang a leak while we were in the movie and left a trail of gas from the car to the bottom of the hill, leaving us stranded with an empty tank. It's a wonder a smoking pedestrian didn't set the car on fire with a discarded cigarette. Coach Walker was a mentor and a friend, truly one of the most respected men in my life.

A wonderful man, who will be sorely missed. Mrs. Margaret I pray that God will hold you and your family close and comfort you as only He can do. Michael & I truly adored Mr. Pete and will surely miss him. 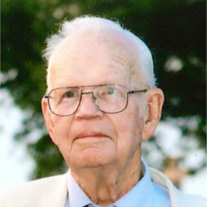