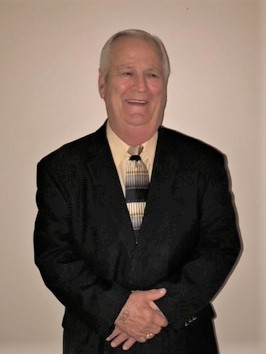 GREENWOOD - William Arthur "Billy" Davis, age 77, of Greenwood, MS, went to be with his Lord on Wednesday, October 28, 2020, at his home in Greenwood.

Visitation will be held Friday, October 30, 2020, from 2:00 PM to 3:00 PM at Cleveland Funeral Home in Cleveland, MS.  A Celebration of Life Funeral Services will follow at 3:00 PM in the Cleveland Funeral Home Chapel.  Burial will be at the North Cleveland Cemetery. Reverend Tim Winters will officiate the services. Due to COVID restriction, a mask and social distancing are required.

Billy was born on January 14, 1943, to Herman Clyde and Doris Lucille (Raney) Davis in Cleveland, MS. He grew up in the Skene and attended Skene Schools. He married Bobbye Jeanette Williams on December 1, 1963, in Cleveland, MS.  Billy was a former Manager/supervisor of Kentucky Fried Chicken for several years. He had also worked with Mississippi Moving Company and was the Pastor of Picayune Church of God of Prophecy before moving back to Greenwood. Billy also worked with Wade Inc., and before his retirement, he worked as a security guard for Heartland Catfish.
Billy loved to hunt and fish for crappie, sing and play his guitar, work in his yard, and most importantly love on his grandchildren and great-grandchildren. He was a member of the Church of God of Prophecy where he taught Sunday School for many years. He was a loving father and grandfather who will be missed by his many friends and family.
Billy is preceded in death by his parents Herman and Doris Davis, wife, Bobbye Jeannette Smith Davis, Sister, Peggy Leferne Tribble, brother, Marvin Clyde Davis, and a Grandson Phillip Jenkins.

Cleveland Funeral Home is in charge of arrangements, The online guest register, and live streaming video of the funeral service may be viewed at www.clevelandfuneralhome.net.

To order memorial trees or send flowers to the family in memory of William ""Billy" Arthur Davis, please visit our flower store.