CLEVELAND - William "Bill" Marchant, age 69, of Cleveland, MS passed away on Wednesday June 08, 2016 at his home. Bill was born on May 27, 1947 to Homer F. and Wanda (Holden) Marchant, Jr. in Berkeley California. While playing baseball at Delta State University, he obtained his undergraduate degree. He obtained his Master's Degree in Education from Livingston University. He married Cheryl Thomas June 13, 1969 in Leland, MS. Bill coached baseball at Meridian (MS) High School, Texas High School in Texarkana, TX, Hinds Community College, and Lufkin (TX) High School. Bill and Cheryl moved to Cleveland in 1988 to Coach Baseball for Delta State University. He remained at Delta State University for 27 years coaching and instructing students. Coach Bill Marchant is well known for his competitive spirit, a trait that helped him overcome adversity later in life and led him to be a coaching legend for the Delta State baseball program. He was a member of Catfish Point Hunting Club, Cleveland Noon Lion's Club, and a member and Deacon of First Baptist Church in Cleveland.


Visitation will be held Wednesday, June 15, 2015 from 8:30 AM until 11:00 AM at the Bologna Performing Arts Center at Delta State University. The Memorial service will begin at 11:00 AM at the same location.
He is survived by Son, Brett (Shawn) Marchant of Cleveland, MS. Daughter, Stacy (Richard) Myers of Brentwood, TN. Sister, Shirley Marchant of North West, AR and her Son Tyler Lowry. Sister, Kristine Marchant of Arkadelphia, AR. Grandchildren, Morgan Marchant, Macy Marchant, Will Myers, and Anna Myers. Brother's-in-law, Robert Thomas of Leland, MS; James "T" Thomas of Leland, MS; and David Thomas of Leland, MS. He also leaves a host of nieces, nephews, and cousins.

In 2012, Bill and Cheryl Marchant were named Delta State College of Education's Outstanding Alumni and the "Bill and Cheryl Thomas Marchant Scholarship" was established to help funding for education majors at the University. In lieu of flowers, the family would prefer a Memorial donation to this scholarship or a memorial donation to the DSU baseball program. Make checks payable to: DSU Foundation, Memo: "Marchant Education Scholarship" or "Marchant Baseball Fund, and mail to: DSU Foundation; DSU Box 3141; Cleveland, MS 38733, or online at www.deltastategiving.org.

To plant memorial trees or send flowers to the family in memory of William Marchant, please visit our flower store.

Brett and Shawn and family - I was so sorry to hear of your Dad passing away. Please know that you are in my thoughts and prayers. God Bless.Melody McCreary StaffordWest Point, MS

So glad we had a great visit at our reunion. You will be missed by all your fellow classmates. Glad to see you have left such a great legacy. Dianne Bryant Gilbert

He's such a sweet man but he did love winning at Dominoes. Now he's in heaven with his bride spending time together forever.

One of the finest Christian men I have ever known. When he had his accident and became paralyzed, he never complained. He will be greatly missed by all who ever knew him. RIP my friend. I see him walking again, he has his legs back!!

Rest in Peace friend. Thanks for the memories. You were the absolute BEST! Lamar Gordon, Jakson, Ms.

Enjoyed visiting with you @ our 50th class reunion. Always had such a sweet spirit. God bless the family left behind. Mavis Seal

Our thoughts and prayers are with all of you. Bo & Ann Roncali

Can't imagine a world without our coach and friend. He taught us so much in a short amount of time, not only baseball, but valuable life lessons. Many happy memories of Coach Marchant. You are missed. Our thoughts and prayers to the Marchant family.Texas High Tiger Baseball, Class 1982 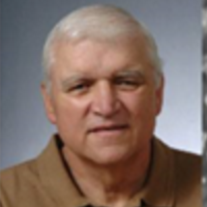